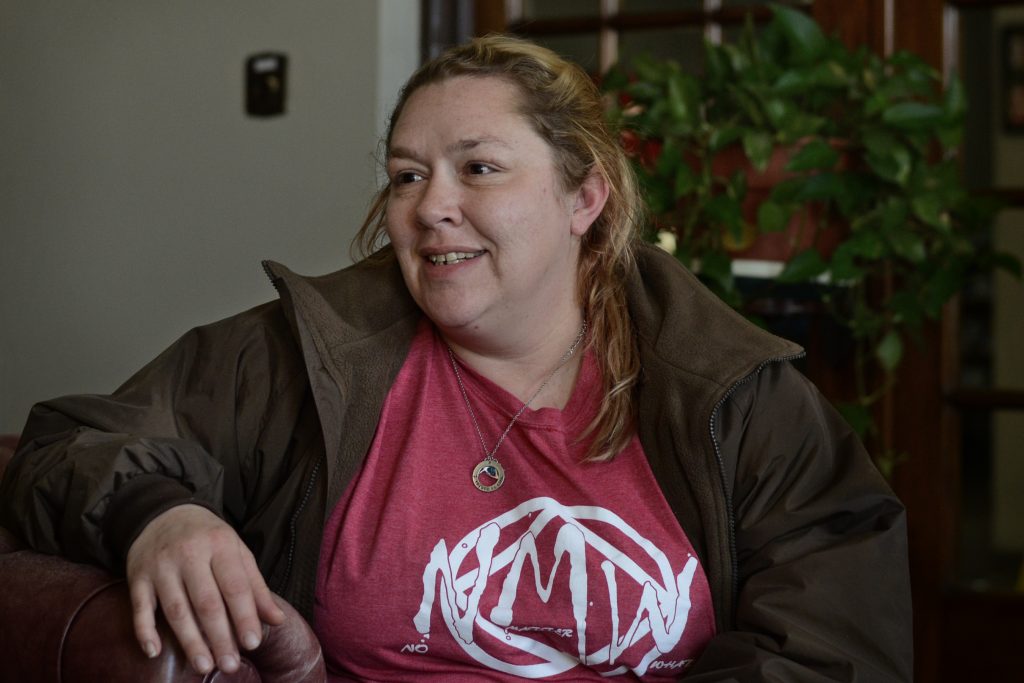 I Refuse to Sink

Jennifer Crosby’s necklace speaks to her journey. And her resolve.

“I refuse to sink,” the silver pendant reads.

Crosby, who became a YWCA emergency shelter resident in August with her 9-year-old daughter, Sara, says the YWCA has helped her turn her life around.

“It was time to get myself straightened up. I came here to be safe, to have a stable place for my daughter and to stay where there weren’t drugs,” said Crosby, who said she has been clean of drugs since August 2019.

Crosby said having the shelter as a housing option was a relief. “I had left my husband a couple of weeks prior to that, and my daughter and I were jumping from friend to friend. We were running out of places to stay and we were getting ready to be sleeping outside,” she said.

For the past six months, Crosby has used the YWCA’s programming, as well as other community programming, such as Family Recovery Court, to get her world in order again. She and her daughter were able to move to the YWCA’s second phase housing after they exhausted the time limits in the emergency shelter. She is now working and pays $290 per month for rent. She plans to use this year’s tax refund to pay off her past utility bills and then be able to get an apartment of her own.

Six months from now Crosby hopes to be taking classes at Ivy Tech to become a social worker who specializes in drug addiction. She wants to help others who have experienced what she’s been through.

And she hopes the community will continue to support the YWCA because women like her depend on its services.

“There’s plenty of places for men to go when they need help, but women are a lot more vulnerable out there,” she said. “We have kids. We need a safe place to go and not have to worry while we’re getting up on our feet again.”

We use cookies to ensure that we give you the best experience on our website. If you continue to use this site we will assume that you are happy with it.Ok